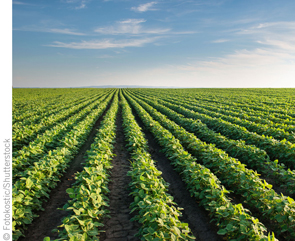 Present day farmers have to peruse through a myriad of farming and livestock options thanks to constantly changing variables such as climate change, the global economy, international food safety regulations, the rise of clean energy, and global food consumption trends. For example, the USDA Agricultural Projections for 2028 illustrates the lower expected return on soybeans for producers is anticipated to lead to changes in crop plantings—most notably, shifting from soybeans to corn and wheat. The decisions made on agricultural landscape configuration, based on the above-mentioned factors, ultimately impacts food safety and food security because of the key link—farm biodiversity.

The synergy between naturally occurring flora, fauna, vertebrates, invertebrates, and microbes impacts the suppression, or prevalence, of competing agents such as pathogens and genetic resistance to stress. Organic farming techniques and methodologies are gaining more traction as they utilize the basic principles of farm biodiversity; some even dating back to the traditional practice of encouraging earthworms and dung beetles to co-exist. Recent studies like those published in the Journal of Applied Ecology and Ecology Letters show a direct correlation between farm biodiversity and food safety and security. Other benefits are explored below.

Bees and other insects can safely pollinate crops while utilizing flowering strips or crop margins as sources of nutrition and shelter. A popular illustration of this, in the Pacific Northwest, is cultivating lavender alongside other crops that not only support the local bee population, but also results in the high yield of easily available lavender honey.

A 2015 study published in Nature demonstrated how agricultural communities with more “close relatives” planted in proximity collectively had a stronger resistance to crop diseases and weed. While crop rotation is predominantly being practiced worldwide, a deeper understanding of phylogenetic diversity will help farmers make more informed decisions around which varieties of crops to rotate, and how often, to combat diseases and other invasive species.

The Preservation of Soil; a Non-Renewable Resource

Conventional farming often focuses on monoculture, or cultivating a single crop, across a great area of land. While this makes it easier to control pests and diseases pertinent to the crop species in consideration, it also negatively impacts the soil through excess fertilization, pesticide use, and imbalanced nutrient absorption rates. Water run offs from these areas carry the chemical agents to nearby areas, thereby impacting the quality, and safety, of water and soil resources.

The traditional risk-management approach relies heavily on extrinsic support such as processing, production, distribution, and storage controls. Not only does this method call for additional manpower, time, and investment but the impact on the carbon and water footprints are adverse as well. A resilience-based model relies on biodiversity to buffer the changes to the weather and varying levels of soil nutrition. Coupling techniques like phylogenetic crop diversity and utilizing bio-pesticides supports the ability of the soil to prepare itself for the next crop cycle.

Judy Sebastian, Food Quality & Safety's blogger, holds dual specialization in public health and safety and organizational development. Equipped with more than 10 years of experience in food safety systems implementation, workplace culture assessments, and talent development strategies, she is passionate about global food culture and how it impacts our daily lives. Judy is a certified trainer and consultant with Dubai-based Apex Food Consultants and is currently based in Portland, Ore. Reach her at judysebastian@gmail.com.