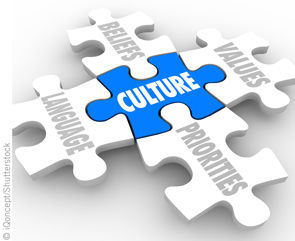 Regional culture can leave a ripple effect on food safety and quality. In fact, social, political, religious, and at times, even lingual differences, can impact the outcome of food safety risk assessments and control measures. A recent study in Uganda indicated how cultural norms can impact food security as well. The study, which was conducted through the support extended by Irish Aid, highlighted how practices such as consuming raw milk and raw animal blood was fairly common within certain pockets of the territory, but no others. While both raw milk and animal blood have been identified as food safety risks by the vast majority, it is unusual to certain ethnic groups, such as the Maasai, to associate their staple with a risk.

Here are some other ways that cultural differences (or similarities) can impact food safety and quality management systems.

Languages Impact the Way We Think

According to Lera Boroditsky, associate professor of cognitive science at the University of California, San Diego, and one of the leading contributors to the theory of linguistic relativity, language impacts people’s perception of direction, time, color, and the concept of blame. For instance, in Zuni, it is hard to differentiate between orange and yellow, whereas in Russia, there is a different word for a different shade of the same color. Similarly, in English, we can either describe variants of blue as dark or light blue, and/or name the shade a different color, such as, navy blue, teal, aqua, etc. Languages from the Indian subcontinent, such as Hindi, Malayalam, or Tamil, have a separate vocabulary to imply humility towards a person of authority and a laid-back approach towards a peer. Often times, I see the differences surface during my supplier audits, wherein the clients’ employees chose to either remain very guarded with limited exchange during the audit or they viewed the audit as an opportunity to express themselves based on the dialect I communicated with.

Until fairly recently, the traditional approach to food safety practices in Eastern regions, such as the Middle East and North Africa, and regions within the Indian sub-continent was to emulate the food safety guidelines established in the West, such as HACCP. It became evident that certain guidelines had to be validated to accommodate cultural norms, such as cooking with utensils crafted from coconut palms, bamboo, and other natural sources, as well serving food in clay pots.

Religious observations are directly correlated to a consumer’s purchasing choices. Food labeling, packaging, and storage practices have evolved over time, and continue to do so, to provide a more inclusive spectrum of purchasing options. In 2002, the Halal Food Act was passed by the State of Illinois, which mandated suppliers put up notices at conspicuous locations in their stores to inform customers about the sale of both halal and non-halal food products, along with clearly distinguished sections within the store. This approach accommodated both the separation of products and transparency of what was sold. The British Halal Food Authority recognizes pre-slaughter, low-voltage stunning methods such as electric water-baths, typically used for poultry, as long as the technique does not kill the animal prior to the ritual slaughter. Conversely, Kosher slaughter practices do not accommodate pre-slaughter stunning. It is a difficult balance to maintain with equal, if not more, pressure coming in from religious as well as animal rights groups. In 2014, Denmark banned the slaughter of animals without pre-stunning or pre-sedation.

While some countries are advancing with digital systems such as blockchain, other countries are trying to catch up and integrate themselves to the system. What often gets missed in this process is that different regional groups feel differently about privacy, data security, and information transparency. To some, the effects of system breaches are more profound than system implementation benefits that they choose to exchange information—the traditional way.

Judy Sebastian, Food Quality & Safety's blogger, holds dual specialization in public health and safety and organizational development. Equipped with more than 10 years of experience in food safety systems implementation, workplace culture assessments, and talent development strategies, she is passionate about global food culture and how it impacts our daily lives. Judy is a certified trainer and consultant with Dubai-based Apex Food Consultants and is currently based in Portland, Ore. Reach her at judysebastian@gmail.com.