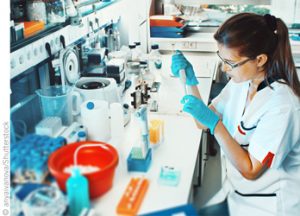 In recent months, questions about the potential future marketing of what will be termed herein “cell-cultured meat” have moved outside the confines of biotech laboratories and tech funders’ boardrooms and caught the attention of both regulators and a much broader segment within the general public. As the regulatory future of such products starts to come into focus, debates and discussions have been generated within the food industry over three interlocking issues:

The two relevant candidates for responsibility for any cell-cultured products potentially classified as meat or poultry are the FDA’s Center for Food Science and Applied Nutrition (CFSAN) and the USDA’S Food Safety and Inspection Service (FSIS). In theory, the answer to this question should depend on whether the products in question fall within the established definitions for “meat,” “meat food product,” “poultry,” or “poultry product,” since such items fall under the statutory purview of FSIS. If, on the other hand, such products are deemed to fall outside of the scope of these definitions, they would default over to the FDA and become the responsibility of CFSAN.[mobile-ad name=”Advert 1″] The consequences here go beyond issues of turf or semantics since the two agencies conduct their business in fundamentally different ways. FSIS requires, by statutory mandate, carcass-by-carcass inspection of meat-bearing animals, as well as continuous inspection of the meat food products derived from such animals. This continuous inspection has traditionally been interpreted by FSIS to require the physical presence of a government inspector in the appropriate meat-processing establishments on a daily basis. In this system, whenever such products enter into commerce, they are marked as “USDA Inspected and Passed,” conveying an affirmative government endorsement of the product’s safety. In addition, and of no small significance, all FSIS-inspected products are the beneficiaries of specific federal labeling preemption, which serves as an effective barrier to the promulgation of inconsistent state and local requirements for its products.

On the other hand, the FDA system, is far less labor intensive. While that agency is in the midst of implementing the ambitious requirements of the Food Safety Modernization Act, its inspection resources are significantly more limited. In addition, no such direct federal labeling preemption has been afforded to the food products CFSAN regulates.

This jurisdictional dilemma initially broke the surface several months ago in the context of a petition submitted to FSIS by the U.S. Cattlemen’s Association. In that document the organization, perhaps somewhat paradoxically, urged FSIS to assume responsibility for the labeling of cell-cultured meat products while also maintaining that under no circumstances should such product be identified as “meat.” Consistent with agency practice, the petition was duly docketed and announced, and public comments were invited. But notably, beyond this ministerial response, FSIS has been silent on the underlying jurisdictional issue, noting when asked that the issue is under discussion within the administration and withholding further comment.

The FDA, on the other hand, has taken a far more energetic stance. CFSAN conducted a well-attended public meeting on July 12, during which it outlined its present position on the issue. In essence, the position is that the FDA has the legal authority, the scientific expertise, and the procedural mechanisms in place to take hold of the issue. It is notable that, after a perfunctory reference to the USDA in opening remarks at the meeting supplied by FDA Commissioner Scott Gottlieb, the existence of FSIS, let alone any potential claims to authority in this area, were not mentioned by CFSAN personnel.

Regardless of who might be in charge, issues of potential regulatory oversight can usefully be divided into two areas. The first is what can be termed the “gatekeeper” role: What prior evaluations of relevant products and processes, if any, are to be required prior to federal acceptance? Are there particular review or notification procedures in place that will apply, or will new ones have to be created in this area? The second, which takes us back to jurisdiction, involves the nature of the ongoing oversight. Such questions snap us right back to the “meat” verses “something else” issue. In theory, and perhaps only in theory, if such products are in fact appropriately classified as “meat,” the gate already appears to be open. Anyone today wanting to start up a new traditional meat processing operation has a number of regulatory hurdles to clear, but this does not include any threshold obligation to prove that meat as a class of food is safe. Under such a scenario, the FSIS-regulated cell-cultured meat processor would need, just like its traditional competitor, to ensure that its product is safe, wholesome, and properly labeled and produced, under continuous inspection and in conformity with FSIS requirements.[mobile-ad name=”Advert 2″] FDA’s approach at its public meeting focused heavily on this gatekeeping question. It reviewed its experiences with analogous products in the medical area as well as its traditional procedures in analogous areas, such as food additive submissions and Generally Recognized as Safe (GRAS) notifications. The overall message was that the FDA was highly receptive to fine-tuning its authority here to identify and activate a suitable gateway mechanism.