The CDC, FDA, and public health and regulatory officials in Florida, Maine, Pennsylvania, South Carolina, and Texas are investigating a multistate outbreak of Listeria monocytogenes infections linked to hard-boiled eggs after seven people were confirmed to be infected with the human pathogen.

The illnesses, which have resulted in one death and four hospitalizations to date, were traced to Almark Foods’ facility in Gainesville, Ga. During a routine inspection in February, FDA collected two swabs from the facility’s peeling room that identified the presence of Listeria. The pathogen was then found to be genetically identical to two cases of human illness dating back to 2017 via whole genome sequencing and information collected in the PulseNet system, the national molecular subtyping network of public health and food regulatory agency labs coordinated by the CDC that identifies possible outbreaks.

Almark Foods is not currently manufacturing hard-boiled eggs at its Gainesville facility, according to FDA spokesperson Corrine Newhart, and the investigation continues to pinpoint possible products that may contain eggs from the facility. Several of those sickened reported eating hard-boiled eggs in deli salads purchased from grocery stores and in salads eaten at restaurants, according to the CDC. Last week, USDA’s Food Safety and Inspection Service (FSIS) expanded the recall of products to include ready-to-eat packages of hardboiled eggs, cheese, and meat to an already long list of retail, pillow pack, pouch pack, frozen diced, and protein kit products.

“Almark Foods has conducted recalls of their consumer and bulk product and additional recalls have been conducted for downstream products containing recalled eggs,” says Newhart, citing more than 30 brands that may contain products with contaminated eggs. “Retailers should no longer be selling recalled product. However, recalled products from Almark Foods have ‘best if used by’ dates through March 2, 2020. A full list of recalls associated with this outbreak is available on our website.”

Every year, approximately 1,600 are infected with listeriosis, resulting in around 260 deaths, according to CDC estimates. Those most at risk are pregnant women and their newborns, adults aged 65 and older, and people with weakened immune systems. 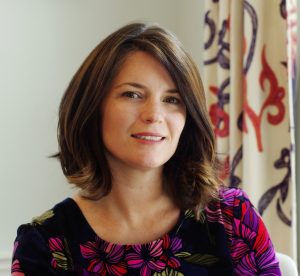