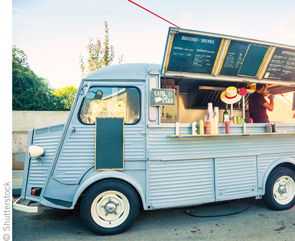 It’s been nearly a decade since an unemployed Roy Choi took to the streets of Los Angeles in his mobile taco truck. In 2008, it was a cheap alternative to a brick and mortar restaurant as the economy took a downturn; now, in Choi’s wake, food trucks have flourished into a $1.2 billion industry that shows no signs of slowing up.

According to market research firm IBISWorld, the U.S. has over 4,000 food trucks roaming its streets, with annual revenue growth at 7.9 percent between 2011 and 2016. This obviously makes the venture attractive to many entrepreneurs who see the potential for a small (relative to a brick and mortar) investment to reap a large reward. Yet, it seems easy to forget that going mobile doesn’t mean going exempt.

“There is already an awareness and recognition that food trucks aren’t going away and that they need to be held to the same food safety standards as other restaurants,” explains Erin DiCaprio, PhD, assistant specialist in Cooperative Extension at University of California Davis’ Department of Food Science and Technology. “The same retail food code that applies to the brick and mortar restaurants also apply to food trucks.”

In itself, that code could be quite challenging to adhere to for vendors; which just screams danger for food safety. Dr. DiCaprio explains the challenge for vendors lies in the difficulty to guarantee they are equipped with the proper facilities to ensure cleaning and sanitization, plumbing and hand hygiene, and refrigeration and pest control.

“If you can’t ensure that you’re going to have clean water, or even have soap available, it’s a major problem in terms of food safety because it’s been shown numerous times that food handlers are major contributors to foodborne outbreaks.”

This is why it’s especially important for food truck owners and operators to educate themselves on what’s expected and required of them. Once a vendor puts in the effort to meet local codes and regulations, food safety is bound to fall into place—satisfying regulators and consumers alike, and saving vendors from future headaches. Here are a few factors to get food vendors started.

Do the research. With education in mind, the first thing a food truck vendor needs to do is study up on the laws and standards they are expected to meet.

“Although the FDA Food Code is the standard thread in all 50 state food laws, there are variations in each of the food laws, and additional laws when it comes to the city and county health departments, which means there is not a standard set of food regulations outside of the FDA Food Code recommendations in the United States,” explains Christine Venema, an educator at Michigan State’s Nutrition and Health Institute.

Dr. DiCaprio proposes owners go even a step further, suggesting they “build a relationship with the local or county environmental or public health department, or those entities that would inspect the truck.

“I find that often times that if there is some question, or if something in the food code doesn’t make sense, then those regulatory bodies will provide guidance to the food truck to help make sure that they are compliant with those regulations,” continues Dr. DiCaprio.

Be portable and potable. One of the biggest cited challenges for food trucks is ensuring access to clean water.

It’s not just for hands though; clean water is also needed to easily clean and sanitize equipment. Given how small a food truck’s workspace is, consumers and regulators will notice if isn’t neat and tidy—giving the impression that you’re practically begging for scrutiny.