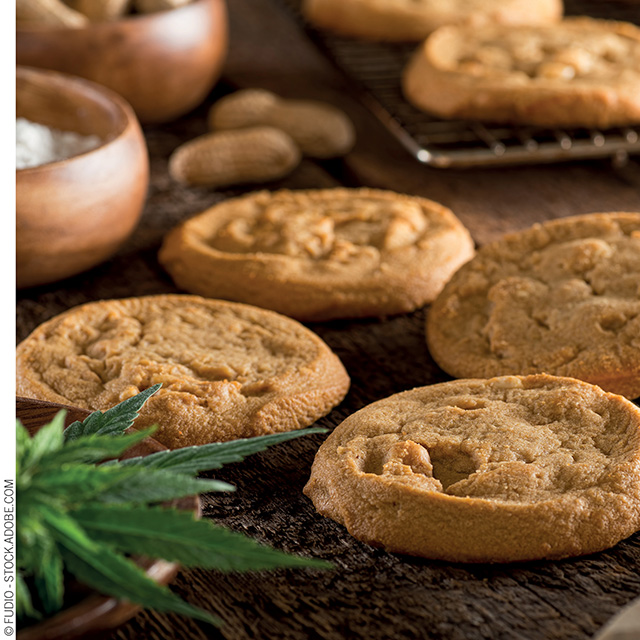 As more and more U.S. states legalize cannabis for medical or adult use, the phrase “cannabis infused” has become common to describe cannabis-infused edible and drinkable products. But these products aren’t infused with the cannabis plant or flowers; rather, they’re infused with the active compounds the plant produces.

These compounds are usually cannabinoids—tetrahydrocannabinol (THC), cannabidiol (CBD), and lesser-known compounds such as cannabigerol (CBG) and cannabinol (CBN). Sometimes, these products can also contain terpenes, the aromatic compounds that give cannabis its strong odors.

Cannabinoids are waxy and do not dissolve in water, but they dissolve readily in oil, particularly when heated. This is the most basic means of removing cannabinoids and other active ingredients from the cannabis plant itself. No matter what cannabis additive an infuser uses, the process always begins with crude oil, sometimes known as “cannabutter” because it was originally made using butter as an extraction medium. Whether it’s made using butter, coconut oil, or another carrier oil, crude oil is a simple extraction accomplished by soaking cannabis flower in heated oil over a long period of time.

Tabitha Fritz, owner of edible producer Fritz’s Cannabis Company, which is based in Etobicoke, Ontario, Canada, began her career as an edibles maker using crude oil. In 2015, the Canadian Supreme Court had just legalized medical edibles, and Fritz and her husband set out to develop their own line of products. “Crude oil is decarboxylated [heated to make the THC active] dried flower, infused into an oil carrier using heat and time,” Fritz says. “We were buying [cannabis plant trimmings] from a medical shop for $200 a pound, and we would run it into coconut oil ourselves in our slow cooker.”

The product is variable, based on the quality of the source cannabis, and naturally only those cannabinoids present in the plant will be extracted into the oil. ­Aromatic terpenes may also be extracted into oil, but because they begin boiling off at 70 degrees, they can only be maintained in a low-temperature crude oil extraction.

The first problem with crude oil, Fritz says, is the difficulty of charting the potency of the end product. “When we first got our products tested,” she says, “we had been guesstimating the dosage on our product based on comparable products in the market. We had literally no idea. So when we got our products tested at the first lab that was available to consumers, we found out that what we had been marking as 125 mg was coming in at like 20 mg.” After this, the company put all of their products through testing, and realized their original calculations were way off.

These were the early days of Canada’s “grey market”—the period between the legalization of medical cannabis and the overall legalization of adult use products. Fritz informed her customers about the mistake through an Instagram post and changed the labels on her products. At the same time, she began mixing crude oil with distillate for more precise potency measurements.

That wasn’t the only problem with crude oil. For Fritz, who eventually opted to use primarily distillate and isolate in her products, there was also the question of flavor: “It’s full of plant matter,” she says, referring to the high concentration of lipids, fats, and waxes left over in crude oil. “It greatly affects your taste.”

Jesse Staniforth is a Montreal-based freelance journalist, writer, and editor covering a variety of different beats. He reports regularly on Indigenous issues for The Nation magazine, serving the Cree Nation of Eeyou Istchee, as well on Information Security issues for SC Magazine. His stories have appeared in a wide variety of other publications, from the Toronto Star and Metro News through AskMen.com and University Affairs. After editing several thousands of pages' worth of food preparation training materials for a hospitality industry group, he grew fascinated with the subject of food safety. Reach him at [email protected]