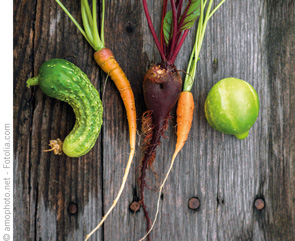 They get no respect. Tomatoes, lemons, and other fruit and produce that may be undersized, a bit off-color, or have the odd bump or two. But are they really misfits or ugly if they offer the same nutrition, safety, smell, and taste but cost 30 percent less than their pretty relatives?

That’s a question grocers and consumers alike are asking as they test this new food option. Ugly produce typically is thrown out, composted at the farm, or sold to wholesalers and restaurants that process it until its odd visage is gone. Consumers see ugly produce as a way to save money. Grocers see it as a way to make fresh fruit affordable to those who previously couldn’t buy it, and help their company be a good corporate citizen, even join the zero food waste movement.

“More retailers, restaurants, and philanthropic organizations are addressing the sheer amount of food and drink that is wasted around the world, which is changing consumer perceptions,” Mintel notes. “In 2017, the stigma associated with imperfect produce will begin to fade, more products will make use of ingredients that would have otherwise gone to waste, such as fruit snacks made from ‘ugly’ fruit and mayonnaise made from the liquid from packaged chickpeas, and food waste will be repurposed in new ways, such as power sources.”

Ugly or pretty, produce still has to be safe for it to meet food safety standards so it can be sold to consumers, says Jennifer McEntire, vice president of food safety and technology at United Fresh Produce Association, Washington, D.C.

“The ugly fruit movement is about visual appearance, not food safety,” she says. “Any product that is potentially unsafe can’t be sold.”

The USDA’s Agricultural Marketing Service administers the Perishable Agricultural Commodities Act, which specifies quality and grades fruit and vegetables to assure there is a standard for the produce and its price. That includes the size of tomatoes, so smaller tomatoes that still look pretty are typically resold to wholesalers, restaurants, or even as ugly fruit.

McEntire says her organization and the USDA hold joint inspection training programs that last a week and include hands-on training in assessing color and size, plus a laboratory component on how to evaluate produce. The programs are for anyone from the companies selling tomatoes to those purchasing them.

An estimated 40 percent of food grown in this country ends up in the garbage, according to Natural Resources Defense Council figures cited by the ThinkProgress news website. American consumers toss out about 25 percent of the food they buy. The publication says a lot of waste also happens between farms and grocery stores, which impose sometimes arbitrary cosmetic standards on produce, previously rendering it fit for the dumpster. But that’s changing.

The effort to save and use the wallflower produce is thought to have taken off in Europe around 2014, notably by French retailer Intermarché, after the European Union declared 2014 to be the Year Against Food Waste. Intermarché, France’s third-largest supermarket, made the initiative viral, launching an “inglorious fruits and vegetables” campaign to attract consumers to ugly fruit, including a YouTube video displaying misshapen fruits and vegetables in a way to make them attractive. Highlights include the grotesque apple, the ugly carrot, and the unfortunate clementine.

Lori Valigra writes about science, technology, and business for general and specialty news outlets in the U.S., Europe, and Asia, including coverage of the "farm to fork" movement and food safety. She’s been involved in several media startups, and had articles published by The Boston Globe, Reuters, Science magazine, and others. She holds an MS in science journalism from Boston University and a BS in medical writing from University of Pittsburgh. She won numerous journalism fellowships and awards, including the Knight Science Journalism Fellowship at the Massachusetts Institute of Technology. Lori enjoys bicycling, snowshoeing, gardening, and traveling. She lives in the western mountains of Maine. Reach her at [email protected]