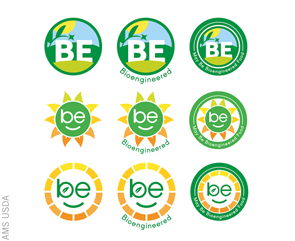 Nearly two years after passage of the nation’s first federal law requiring food manufacturers to disclose the presence of GMO ingredients on packaged food labels, USDA’s Agricultural Marketing Service (AMS) has issued a proposed rule outlining how and under what conditions such disclosures will be required. But the agency also left a few particularly contentious issues unresolved, pending further consideration.

The National Bioengineered Food Disclosure Law (PL 114-216) was signed into law in July 2016. It requires food manufacturers to prominently disclose on the label the presence of any bioengineered ingredient. Companies can choose among three options: text, a GMO symbol, or an electronic link, such as a QR or quick response code that can be scanned by smartphones. There is no penalty for non-compliance. USDA was statutorily required to issue a final regulation implementing the law within two years of its passage.

USDA published the proposed rule on May 4, 2018, with a 60-day public comment period that closes July 3. Because the agency was late in issuing the draft regulation, the comment period will not be extended, USDA said. The agency plans to issue the final rule later this year after evaluating the comments it receives, which are expected to be numerous.

“This rulemaking presents several possible ways to determine what foods will be covered by the final rule and what the disclosure will include and look like,” said Agriculture Secretary Sonny Perdue. “We are looking for public input on a number of these key decisions before a final rule is issued later this year.”

The law defines bioengineered food as that containing “genetic material that has been modified through in-vitro recombinant deoxyribonucleic acid (DNA) techniques and for which the modification could not otherwise be obtained through conventional breeding or found in nature.” This definition is incorporated verbatim in the draft regulation.

In creating the draft regulation, USDA evaluated more than 112,000 comments it received last year in response to 30 questions about the GMO law posted on the AMS website. Questions revolved around such issues as the amount of a bioengineered substance needed for a food to be considered GMO, and whether ingredients that are derived from bioengineered crops, such as highly-refined oils or sugars, must be so labeled even if the bioengineered material cannot be detected.

Responses to these questions “disclosed wide differences in public opinion about how the statutory definition of ‘bioengineering’ should be interpreted and applied” to the law, the draft regulation states. As a result, USDA is proposing a range of options regarding GMO threshold amounts, and is inviting further information and comments on the matter of highly refined products.

Concerning threshold levels, the agency is considering three options for exempting foods from the GMO labeling requirement, based on comments it received to its 30 questions. A food product would be exempt from the label law if:

a) the food contains an ingredient with a bioengineered substance “that is inadvertent or technically unavoidable, and accounts for no more than 5 percent by weight of the specific ingredient,” or

b) the food contains an ingredient with a bioengineered substance “that is inadvertent or technically unavoidable, and accounts for no more than 0.9 percent by weight of the specific ingredient,” or

c) the food contains an ingredient or ingredients “that contain a bioengineered substance [that accounts] for no more than 5 percent of the total weight of the food in final form.”

In addition, USDA categorically exempts “an incidental additive present in food at an insignificant level and that does not have any technical effect in the food.” A “Reserved” place is left open in the regulation for one additional exemption, without explanation.