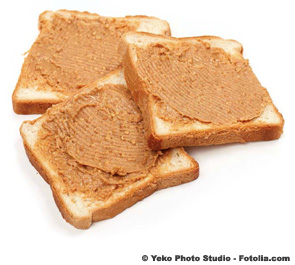 Editor’s Note: This is the first in a three-part account of a 2008-2009 nationwide food safety crisis.

Bobby Ray “Pete” Hullet, age 67, had recently retired after working for more than 30 years at a glove mill. On a late November Sunday in 2008, Pete began to experience severe dizziness. By day’s end, this soft-spoken man was unable to avoid complaining of excruciating abdominal cramps with vomiting and diarrhea. Monday morning, Shirley, Pete’s wife of 45 years, and their son Tony, found him on the ground, unable to stand. Tony drove his father to the hospital near their town in North Carolina, where doctors immediately put him on IV fluids, oxygen, and antibiotics. They also collected urine, blood, and stool specimens for the lab to analyze.

As his condition continued to decline, the doctors told his family that every organ in Pete’s body was shutting down. On his third day in the hospital—and the day before Thanksgiving—doctors pronounced Pete as deceased.

At about this same time, 72-year-old widow Shirley Mae Almer of Perham, Minn., contracted a urinary tract infection. Her doctor recommended she stay in a short-term care facility near her home. Shirley made the best of it, even enjoying visits from her five children and grandchildren. The staff’s treatment of her urinary tract infection was later complicated by stomach cramps and diarrhea.

Although Shirley had the will and the strength to survive her earlier fights with lung cancer and a brain tumor, her immune system was now not strong enough to handle these new infections. The family’s plan to bring Shirley home for Christmas was halted as doctors called for the family to gather by her bedside to say goodbye. Shirley’s death, four days before Christmas, caught everyone by surprise—even her doctors.

Betty Shelander, age 53, performed as a professional actress/singer/dancer in Los Angeles and New York—even on various television shows—before retiring to North Carolina. On Dec. 27, 2008, Betty began suffering from extreme nausea and vomiting. The next morning, Betty’s doctor prescribed some medicine for relief. That afternoon, Betty’s husband, Albert, found her unconscious on the floor and called 911.

Betty had no signs of life by the time an ambulance brought her to the emergency room. She was declared as deceased shortly after her arrival. Doctors listed the cause of death as pancreatitis.

On Dec. 23, 2008, health officials informed Tony Hullett that his father’s test results came in. Pete Hullett died from Salmonella Typhimurium: “Heavy Growth.” Several days after burying their mother, Jeff Almer and his siblings learned the cause of her death. Shirley Mae Almer died from Salmonella Typhimurium. During Betty Shelander’s autopsy, the medical examiner identified the apparent cause of her pancreatitis as a Salmonella infection.

In early December 2008, the CDC’s PulseNet staff learned of 35 separate cases from 16 states of Salmonella Typhimurium—all with an unusual pulsed-field gel electrophoresis (PFGE) pattern. Soon, CDC, state, and local investigators had their hands full with a second group of 41 cases from 17 states displaying similar PFGE patterns as the first.

By the beginning of 2009, investigators declared that the clusters shared the same DNA fingerprint and made up a single-strain outbreak. Through the collaboration of CDC and health officials from Minnesota, Connecticut, and Michigan, investigators linked all of the infections to peanut butter.

When CDC officials asked Pete Hullett’s wife about the foods he ate, she shared that his favorite treat was Austin-brand peanut butter crackers. “He ate it as a snack two or three times a day—usually just a few before he went to bed.”

When Minnesota State health officials asked Shirley Mae Almer’s family about what she ate while in the long-term care facility, one of her daughters mentioned that during a family visit she served her mother some toast with peanut butter. According to Shirley’s son, Jeff, “She was picky about what she ate, but she liked peanut butter on toast.”