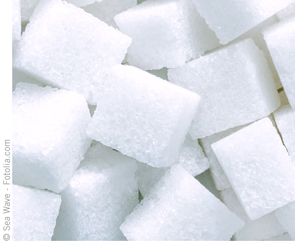 As the U.S. FDA is expected in the next few months to issue its first changes to the Nutrition Facts panel on food products in 20 years, perhaps the most controversial change is its proposed addition of added sugars as a separate line item.

In July, the FDA amended its original 2014 proposal, which would require listing the amount of added sugars in grams, to also require food manufacturers to list how much added sugars a food contains relative to a total daily limit—a measure called the percent daily value, or %DV. FDA’s recommended %DV calls for the daily intake of calories from added sugars to not exceed 10 percent of total calories.

The FDA currently does not have a definition for added sugars. Under its new labeling rules, it would define added sugars as “sugars that are either added during the processing of foods or during packaging.” From a formulation perspective, there is no difference between naturally occurring sugars and added sugars, and there is currently no laboratory test that can differentiate between a natural sugar and an added sugar.

According to the FDA, added sugars would include:

Although the set of changes to the Nutrition Facts panel may seem relatively small, its potential costs are not insignificant for food businesses, restaurants, and national and international manufacturers. For the food industry, the FDA estimates it will cost in total up to $2 billion and impact 60,000 manufacturers. For a food entrepreneur or small food business that has several food products, it could mean hundreds of dollars to create new food labels. For a large food manufacturer with hundreds of food products, it could mean thousands of dollars, possibly more.

FDA has proposed allowing six months for the industry to prepare for the changes to the Nutrition Facts panel, and then allowing two years for full compliance. So, once its rules are finalized and issued, food manufacturers shouldn’t panic about the added sugars change. But, they also shouldn’t put it off until the last minute.

A good way for food businesses and food manufacturers to prepare for the added sugars change is to check with suppliers and make sure they are updating their specification sheets—the sooner suppliers change their labels, the sooner food businesses and manufacturers can change. It’s also a good idea to establish a working relationship with a reputable food labeling and laboratory testing company. Having a reliable partner will ensure accurate information in order to comply with the new guidelines on time.

Legg is co-founder and senior chemist at RL Food Testing Laboratory. Reach him at [email protected].