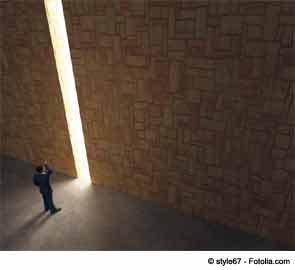 It’s the things we can’t see that we fear most. In the food industry, our fear of invisible pathogens is really no different than the fear of the basement we had as a child (or in my case, as an adult). We were terrified of going down the basement stairs because we couldn’t easily see and thus not easily verify whether there were any ugly creatures waiting in the shadows for the opportunity to pounce. Human instinct has made us fearful of such places because it is difficult to protect against threats we simply cannot see. Fortunately, the solution, in most cases, was to quickly “turn on the lights.”

Fears of the unknown have driven substantial change in the food industry. In the U.S., industry responded in a similar fashion to the threat of invisible microorganisms by “turning on more lights.” More food companies are testing more ingredients, equipment, and finished products—and now more harmful pathogens are being found.

Similar concerns exist with respect to the overall safety of foreign food product imports. If we stand on the beaches of California, we cannot see what’s happening on the opposite shore. The inability to see clearly (or at all) what is occurring with respect to the growing, processing, and export of incoming foreign foods causes both industry and government to become increasingly fearful of the unknown.

There are political reasons as well. More than 15 percent of the food consumed in the U.S. each year is imported from foreign shores. And this number is growing larger. Increasingly, more consumers are beginning to question where their food is coming from and what is being done by government and industry to ensure its safety. This is especially true when foreign food products have been involved in an increasing number of food safety scandals. Headlines have included stories about melamine in pet food, mercury in baby formula, and the misbranding of meat.

So what is the solution? Here too, rather than urging companies to stop buying foods from foreign countries, FDA has proposed instead to “turn on a few more lights.” Moving forward, FDA will require all food companies in the U.S. who import foreign food products to take steps designed to ensure the food they are importing is as safe as it can be.

Well, maybe. No one expected that when the FDA published its proposed Foreign Supplier Verification Program rules, FDA would actually publish two sets of rules and invite key stake holders to, in effect, “vote” on which of the two they liked best.

On the one hand, the FDA’s approach might be viewed as commendable for letting consumers, industry, and politics guide the debate; but on the other hand, the agency appears to be sidestepping its responsibility of issuing regulations which, in its expert judgment, are best suited to keep industry strong and consumers safe. With that said, whether motivated by a fear of being perceived by suppliers, industry, and consumers as doing “too little” or being perceived as doing “too much,” FDA seems to be hedging its bets by proposing two alternatives.

Under Option 1, if a food product is subject to a hazard that is reasonably likely to occur and there is a reasonable probability that exposure to the hazard will cause serious adverse health consequences or death, then the importer must ensure the foreign supplier is being audited at least once annually by a qualified individual. A qualified individual is a person with the necessary education, training, and experience to conduct a food safety audit which will ensure the foreign supplier is complying with the regulations.