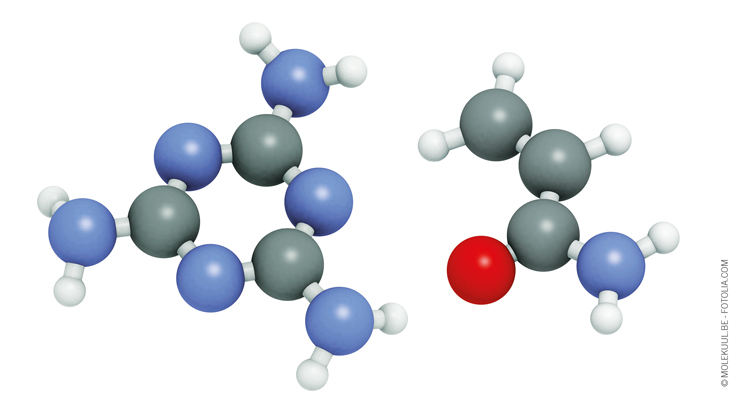 When you hear the words “food contamination” your mind makes an immediate connection to unpleasant words such as: illness, disease, unsafe, etc. However, it’s very unlikely that the word “chromatography” comes to mind. One dictionary definition of “contamination” has it as “the action of making something impure by polluting or poisoning.” In other words, the “pure” becomes “impure” by the introduction of something bad that isn’t supposed to be there. Narrowing the definition to the subject of “food contamination,” one definition describes it as “the presence in food of harmful chemicals or microorganisms which can cause consumer illness.” Again something bad has been introduced that shouldn’t be there, which is making the wholesome unwholesome. Food contamination is often divided into two categories: chemical and microbiological. This article will deal only with the chemical contamination of food.*

It is impossible to deal seriously with the subject of the chemical contamination of food without drilling down on some questions, such as the following.

The above concept illustrates why the Food Safety Modernization Act (FSMA) represents such a revolutionary advance in the area of making food safe from chemical contamination. FSMA is wholly anticipatory, not reactionary. You are not allowed to wait decades for a subtle carcinogenic effect to manifest itself before taking action; you must reasonably anticipate the threat of contamination and take proactive measures to prevent it. In other words, you must answer question number 6, mentioned previously. However, you can’t begin to answer this question without reliably answering questions number 1 and 2. For effective prevention, you need to use analytical testing methods that are both qualitatively and quantitatively reliable. The FDA consistently uses the term “scientifically-valid” to describe this basic requirement. Therefore, if prevention is the heart and soul of FSMA then scientifically-valid food testing methods are the means to effective prevention. However, the term “scientifically-valid method” is not a static definition, but a fluid concept.

As technology has advanced, the ability to identify, detect, and measure chemical substances in environmental samples (such as food) has increased exponentially. Arguably, the advance of analytical testing capabilities in the past two decades has exceeded the advance of the prior 100 years. Consequently, food testing methods that may have been the pinnacle of scientific-validity when they were developed 20 years ago may now be quite dated in terms of analytical capability. This is particularly manifested in the inability of many older test methods to adequately differentiate and quantify specific chemical species. This has increased the risk of chemical contamination, particularly in light of the globalization of food supplies that has complicated the tracking of food ingredient origins.