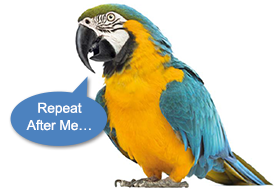 It might be argued that those working in the food and beverage industry have to comprehend more crucial information than many other professions. After all, the health and happiness of the general public is at stake and any omissions or oversights may have consequences.

However, while recognizing the significance of consumer safety is one thing, managing to remember and apply best practices to business insights such as quality control is another thing entirely. This can lead to some food and beverage training falling well short when trying to educate employees about complex themes and complicated subjects.

The main reason for this is because traditional corporate training usually consists of uninteresting PowerPoint presentations narrated by uninspiring lecturers. What’s more, these courses often take place in windowless classrooms or conference centers, which are completely detached from actual working environments.

Thankfully, there is an alternative and it’s called spaced repetition.

What is Spaced Repetition?

In many respects, spaced repetition is fairly self-explanatory. It involves repeating the teaching of a subject again and again, but spaces this out over a prolonged period of time. The intervals between each teaching are gradually increased when the student gains a greater understanding of the subject in question. For example, you could start a fire safety topic and the interval time would be one day. Once you start to understand the topic and have a greater knowledge of fire safety, then the interval time would increase over time, to around one month.

Dating back to the 1930s when Professor C.A. Mace discussed the notion in the book Psychology of Study, this process takes advantage of the psychological spacing effect that is also known as expanding rehearsal, graduated intervals, or repetition scheduling. Spaced repetition has the power and potential to increase the human brain’s ability to learn, memorize, and apply new information.

As the book states, “Perhaps the most important discoveries are those which relate to the appropriate distribution of the periods of study…Acts of revision should be spaced in gradually increasing intervals, roughly intervals of one day, two days, four days, eight days, and so on.”

While various researchers, scientists, and psychologists began to explore the idea more fully, it wasn’t until the 1980s that spaced repetition really started to gain traction, thanks largely in part to the rise in popularity of personal computers. Software could be developed that adjusted repetition spacing intervals based on how well the student was performing. Harder materials would come up more often, but subjects that were thoroughly understood appeared less frequently.

Since then, spaced repetition has come a long way and those with smartphones and tablets will find that the most popular language learning apps are invariably based on this technique, as they require individuals to recognize, remember, and recall pieces of information they have never come across before. For this reason, it can be incredibly effective with food and beverage training.

Despite the fact that educating employees is of utmost importance, which most members of staff will recognize, there are challenges the food and beverage industry faces with corporate training.

First, it is easy to become overwhelmed with the sheer number of industry regulations and government laws. These exist for the right reasons but are sometimes defined or explained in a way that isn’t particularly obvious. On top of that, guidelines and requirements change all the time, which forces companies to change or adopt new ways of working. This is in addition to their own values, practices, and procedures, which will also need adhering to.