Mycotoxins pose a threat to food safety worldwide. Because they are considered among the most prominent and dangerous toxins that can affect any part of the food chain—from pre-harvest to food processing —prevention and mitigation of mycotoxin contamination is critical to protect consumers from the adverse health effects associated with these toxins.

With the potential to contaminate a variety of common foods, such as grains (corn, barley, wheat, rice, and oats), nuts, cocoa, and milk, mycotoxins present an ongoing challenge to food safety all along the food chain. The ideal way to mitigate their risk to food safety is to prevent these toxins from entering the food chain at all, and a number of pre-harvest strategies based on good agricultural practices (GAPs) can help.

Even with the best prevention strategies, however, mycotoxins can end up in the food chain given that they are ubiquitous worldwide and that ever-changing environmental conditions preclude strict elimination. “Mycotoxins are naturally occurring toxins found globally and cannot be controlled completely,” says Ronald Niemeijer, MSc, director of global marketing food and feed diagnostics at R-Biopharm AG in Darmstadt, Germany. “The weather conditions prior to harvest play a major role in the risk of mycotoxin production, and globalization of trade flows, as well as climate change, lead to the occurrence of unexpected mycotoxins in unusual products.”

Niemeijer stresses that once mycotoxins enter the food chain, it is nearly impossible to completely remove them during processing, as the toxins are chemically relatively stable. At this stage, detoxification is needed to reduce their level or to partially eliminate these toxins during the food processing stage.

This article describes what mycotoxins are, details the risk they pose to the food chain and human health, explains how to prevent these toxins from entering the food chain, and offers strategies to minimize their risk if they do.

“Mycotoxins are naturally occurring compounds that contaminate food and feed around the world,” says Rebeca Lopez-Garcia, PhD, principal at Logre International Food Science Consulting in Mexico City, adding that the toxins are produced by molds, the most common of which are Aspergillus, Fusarium, and Penicillium.

According to a 2020 review of mycotoxins by Agriopoulou and colleagues, there are currently approximately 400 compounds identified as mycotoxins, and about 30 of these receive the most attention with regard to their threat to human and animal health. Table 1 lists the compounds of most concern, along with the food commodity at risk of contamination with a specific compound.

Among these groups of mycotoxins, aflatoxins are considered the most harmful to human and animal health, says Dr. Gourama. “Aflatoxins have many toxic effects, including acute toxicity, liver cancer, liver cirrhosis, and growth retardation,” he says, adding that symptoms of acute toxicity include abdominal complications, jaundice, pulmonary edema, coma, and death.

Along with the significant health impact, mycotoxins also have a significant economic impact; for example, the value of contaminated crops decreases considerably. “Producers may face export limitations, or lots may be even impossible to sell and have to be destroyed,” says Niemeijer.

As highlighted in the 2020 review by Agriopoulou and colleagues, other significant sources of economic loss include increases in production costs, lowered animal production, irregularity of production, regulatory enforcements, and the need for testing and other quality control measures. Data show that mycotoxin contamination of 25% of the world’s harvested crops costs billions in dollars annually.

Prevention: the First and Best Line of Defense

Once mycotoxins are in the food chain they are impossible to completely eradicate; therefore, prevention is critical. Pre-harvest practices can maintain the health of crops and reduce their susceptibility to fungal contaminants. Dr. Gourama cites several agronomic and management practices that can be applied to achieve this end, including reducing crop residues in the field from the previous harvest (as they can be the initial inoculum for the next crop), using proper irrigation and nutrition to keep crops healthy and less susceptible to fungal invasion, implementing crop rotation to reduce the level of fungal contamination in the field, and planting resistant crop varieties if possible. 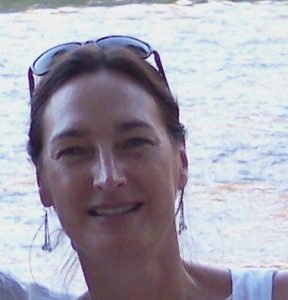 Mary Beth Nierengarten is a freelance journalist and writer with more than 25 years of experience writing for online and print publications. In addition to writing about food quality and safety, she reports on the latest developments in clinical medicine and health policy. Prior to freelancing, Mary Beth worked as a medical editor at an academic health center and as an acquisitions book editor in the life sciences. She lives in Minneapolis and can be reached at [email protected]