The “Recall Resource Guide” by The United Fresh Produce Association has been published in an effort to assist the produce industry in developing preparations in the event of a recall. The guide supplies a general overview, outlining the importance of having a recall plan and the basic processes to establish one, with the utilization of available resources. The publication, developed at the request of the United Fresh Produce Association’s Fresh-Cut Processor Board, is free for download for both members and non-members of United Fresh. 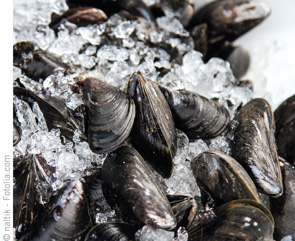 The FDA publishes three waivers to FSMA’s Sanitary Transportation Rule of Human and Animal Food. The new ruling is intended to waive cases in which it would not be needed to protect foods from becoming unsafe. These waivers include businesses holding valid permits under the National Conference on Interstate Milk Shipments’ Grade “A” Milk Safety Program. It also includes food establishments authorized by the regulatory authority to operate as receivers when food is delivered directly to consumers; and businesses transporting molluscan shellfish that are certified under the Interstate Shellfish Sanitation Conference’s National Shellfish Sanitation Program in vehicles permitted under ISSC authority.

In addition, the agency acknowledges the Australian Department of Agriculture and Water Resources as a comparable food safety department after conducting a systems recognition review and assessment using the International Comparability Assessment Tool. This provides leverage to each country’s science-based regulatory systems and a baseline level of public health protection that helps assure the safety of exported foods. Imports from Australia must now comply with U.S. statutory and regulatory requirements to ensure safety and proper labeling.

Responses for the National Agricultural Statistics Service (NASS) 2017 Census of Agriculture are due by Feb. 5, 2018. This census, which takes place every five years, includes a complete count of U.S. farms and ranches to produce information which policymakers and local governments can use to create and fund agricultural programs and services. The survey is done electronically after those in the agriculture industry receive a letter through the mail. New to this year, NASS will also collect information on active duty and military veteran farmers, as well as expanded questions about food marketing practices.

The Food and Agriculture Organization of the United Nations (FAO) has led the establishment of an internationally agreed upon standards to keep illegally caught fish out of the reach of consumers. A set of draft Voluntary Guidelines on Catch Documentation Schemes was unanimously adopted by a technical consultation, bringing an end to a 5-year negotiation effort, and are now balanced for adoption by FAO members at the U.N.’s bi-annual governing conference. The guidelines will act as a recognized “gold standard” for policymakers and organizations looking to establish systems to trace fish from capture to store shelves.

Consumers Have High Expectations for Transparency

In “A Food Company’s Guide to What Consumers Care About in the Age of Transparency,” FoodLogiQ polled over 2,000 U.S. consumers to gauge their sentiment around food traceability and expectations for food companies regarding recalls and foodborne illness. The survey also posed questions around consumer preference for the identification of food sources with regard to labeling and menus. Key insights include: over 50% of respondents expect companies to fully address a recall or foodborne illness within 1-2 days; if a brand/restaurant that consumers like experiences a recall leading to consumer sickness, nearly 25% of respondents admitted they would never use the brand or visit restaurant again; with regard to transparency in labeling, 54% of respondents want as much information as possible on the label, and nearly 40% want country of origin, allergen alerts, and GMOs all identified on the label. Survey is available here.