Food fraud is the deliberate and ­intentional substitution, addition, tampering, or misrepresentation of food, food ingredients, or food packaging for economic gain and it is a growing problem in the U.S.

The Grocery Manufacturers Association estimates that economic adulteration and counterfeiting of global food and consumer products costs the industry $10 to $15 billion per year. In addition, the cost of one adulteration incident averages between two to 15 percent of yearly revenues.

Although food fraud has been around for thousands of years, it has only recently gained academic and regulatory interest due to the increasing global impact of some high profile cases. For example, the widespread coverage of the melamine adulteration. In addition, the General Office of Accountability 2009 report on seafood fraud signaled an increased awareness of the crime.

The melamine contamination of infant formula resulted in a $10 billion price tag and affected more than 300,000 babies around the world, hospitalizing more than 50,000 of them.

An unauthorized person could steal labels then place them on a substandard product for economic gain.

In response, the U.S. Pharmacopeia Convention, or USP, began building a Food Fraud Database in 2012. It compiles both “scholarly” and “media” records from 1980 onwards, and it now contains more than 2,000 records of food fraud.

A growing number of consumers are willing to pay a premium for fruits, vegetables, and other foods labeled “organic.” According to the Organic Trade Association, sales of organic products in the U.S. jumped to $35.1 billion in 2013, up 11.5 percent from the previous year’s $31.5 billion and the fastest growth rate in five years. 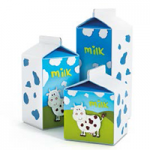 Since organic food can tout prices often twice as high as conventionally produced food, the risk for fraudulent labeling has grown just as fast. In addition, it is more difficult to identify organic food fraud. Currently, the most reliable authentication technique analyzes the stable isotope composition of nitrogen, and while techniques like nuclear magnetic resonance spectroscopy are being tested, nothing is fool proof. There is a lot of headway the industry can make in this area.

The first step in battling food fraud is understanding which foods are most commonly misrepresented. The Congressional Research Service compiled a top 10 list.

1. Olive Oil. Almost 70 percent of extra virgin olive oil is said to be adulterated. Higher priced extra virgin oil is often substituted with a lower cost regular olive oil or sold or thinned out with alternative oils, such as hazelnut, soybean, corn, peanut, sunflower, safflower, walnut, vegetable, canola or palm oil, and in one case, even lard.

2. Milk. In some cases, milk was found to contain vegetable oil, whey, caustic soda, cane sugar, detergent, and even toxic compounds like melamine and formaldehyde.

4. Saffron. It may be the world’s most expensive spice, but in many cases, you ­aren’t getting the real thing. It often contains adulterants, such as glycerin, sandalwood dust, tartrazine (yellow dye), barium sulfate, borax, marigold flowers, and colored corn strings.