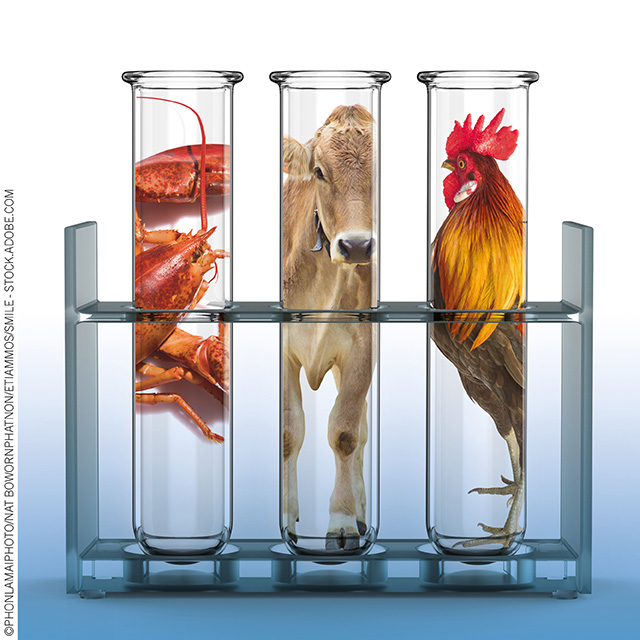 In November 2020, a major regulatory breakthrough occurred in Singapore: The Singapore Food Agency approved a cultivated meat product for commercial sale. The chicken product, developed by GOOD Meat, a subsidiary of San Francisco-based company Eat Just, was then launched commercially in restaurants and, in April 2021, it become available via home-delivered dishes.

The approval marks the first entry of a cultivated meat (also referred to as cell-based meat, lab-grown meat, or cellular agriculture) product into the commercial market, a milestone that comes after years of speculation, hype, and investor funds that anticipate these products will play a central role in the future of the meat industry. “This was an important milestone, not just for us, but for the food industry as a whole and the whole food system,” says Peter Licari, chief technology officer at Eat Just.

Ronit Bakimer-Kleiner, vice president of regulatory affairs and product quality and safety at Aleph Farms, an Israel-based company that produced the first cultivated steak in 2018, also called this approval a milestone in bringing cell-based meat products to global markets and underscored the idea that the approval demonstrates that these products have become a reality much more quickly than many people may have anticipated. “It is not a long-term vision anymore, but rather a practical solution to some of our most urgent issues today associated with food production,” she says.

For the growing number of companies now working to bring these types of meat and seafood products to market and the millions of dollars that have been invested—a recent report from Lux Research cited 80 startup companies in the sector as of 2021, with more than $800 million invested since 2016—ongoing challenges for developing widely available safe and high quality products remain, including scaling up production and distribution of the products once developed, educating consumers, and meeting regulatory requirements.

Despite success in bringing the first cultivated meat product to market, Licari emphasizes that the technology for these products is still in its infancy. Ongoing work will continue to fine-tune important aspects of production such as nutritional composition and health considerations. Another important component of the research is developing products that create a sensory experience that consumers demand and want in their food, he says.

Samuel S. Peabody IV, a PhD student in animal science at Texas Tech University in Lubbock, Texas, and a research fellow at New Harvest, a non-profit research institute focused on cellular agriculture, underscores the many challenges of bringing these types of products to fruition. “There are perhaps a thousand or more distinct research questions and engineering challenges to bring forward,” he says.

A primary technology that has been successfully developed is using proliferated muscle cells from animals. “The core concept behind the process of cultivating meat lies in the ‘tissue regeneration’ process that is naturally happening in the body of any animal, when tissues renew and grow to repair or replace older tissues,” says Bakimer-Kleiner, explaining that the platform used at Aleph Farms for cultivating their steak products mirrors this process of tissue regeneration. “The process is designed to use a fraction of the resources required for raising an entire animal for meat, and without antibiotics.”

Explaining it another way, Eric Shulze, vice president of product and regulation at UPSIDE Foods, a California-based company that produced the first cultured beef meatball in 2016 and first cultured chicken and duck in 2017, says the process of making cultivated meat is similar to the one used for brewing beer. “It is an industrial cell culture process based upon well-hewn fermentation technology,” he says. “However, instead of growing yeast or bacteria, we grow animal cells.”

Mary Beth Nierengarten is a freelance journalist and writer with more than 25 years of experience writing for online and print publications. In addition to writing about food quality and safety, she reports on the latest developments in clinical medicine and health policy. Prior to freelancing, Mary Beth worked as a medical editor at an academic health center and as an acquisitions book editor in the life sciences. She lives in Minneapolis and can be reached at [email protected]