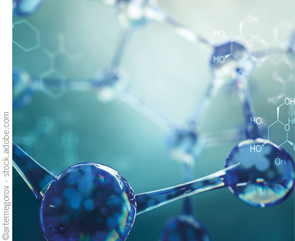 As is often the case in business, it is always about the bottom line.

In the food industry, producers continually evaluate their processes to ensure the highest level of profitability, and a significant portion of the equation focuses on risk management. Risks like drought, flood, and pest infestation are considered acts of nature to which consumers are forgiving; however, other risks, such as releasing contaminated food items to consumers, is viewed by the public as preventable and less forgivable.

According to a study commissioned by the Grocery Manufacturers Association, 77 percent of respondents estimated the financial impact of a Class I recall to be up to $30 million dollars; 23 percent reported even higher costs. The prospect of these types of losses frighten large companies and can bankrupt small companies.

The Food Safety Modernization Act rules and regulations now require food producers to perform pathogen testing to minimize the probability of recalls. Although there is a willingness to perform pathogen testing, food producers don’t want to excessively pay for testing, as it bites into their bottom line. Hence, food safety testing programs are all about sufficiently managing risk, while preserving the bottom line.

Over the past few decades, the incidence of food recalls has not declined, which is troubling. However, there is a reason for optimism as new technologies are under development that may provide better tools for food safety officers to carry out their jobs, presuming that they are more sensitive than current methods and can detect problems in a timelier manner.

The Problems with Culture

The practice of growing pathogens (i.e. culture) has long been used in the industry since it is relatively affordable, simple to perform, and confirms viability, but it does have two major drawbacks. First, it is slow and takes several days to return a result. For perishable products, every day that’s lost waiting for results impacts the product’s value since there is less time for those products to be sold. The delay in getting test results is responsible for additional incurred expenses for transporting the food products to a storage facility and then paying for refrigerated storage, if needed. Although indirect, these costs need to be factored into the cost per sample tested.

The second drawback is that no single medium and growth condition works for all pathogens. This is problematic since splitting a sample across two or more growth strategies can double or triple the cost, which forces a decision as to whether or not to screen for certain pathogens. This is not a decision that’s taken lightly, considering that foodborne illnesses are not only caused by bacteria but can also be caused by viruses and fungi. The failure to screen for pathogens like norovirus, hepatitis A, and mycotoxin-producing fungi leaves many companies exposed to more risk than is desirable, but the added cost of screening for these pathogens is often prohibitive with the current methods.

Pros and Cons of Molecular Testing

Antibody/immunoassay methods are inexpensive, generally look for just one pathogen at a time, and are easy to perform. Although these tests take just a few minutes to perform, their overall time-to-result is relatively poor because culture is first required to overcome their poor sensitivity. In contrast, molecular DNA-based methods are so sensitive that skipping culture can be entertained in some cases. Some have even argued that polymerase chain reaction (PCR)-based testing is too sensitive and would cause a dilemma in deciding how to handle samples since many would come up as positive, where previously they were thought to be negative. This is where quantitative PCR (qPCR) may have utility since a threshold in quantity for a positive sample can be set. Another benefit of molecular testing is that it is more amendable to multiplex analysis, allowing for samples to be screened for multiple pathogens at a time.