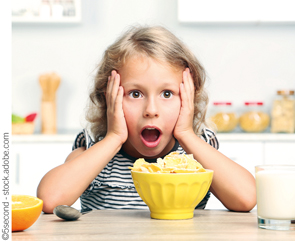 Among the most controversial and contentious topics in contemporary foods and their impact on nutrition quality and health status is the concept of “ultra-processed foods,” a concept that was actually discussed during deliberations by the 2010 Dietary Guidelines Advisory Committee. Thankfully, common sense prevailed as the committee deferred the topic to U.S. statutory definitions of processed food and minimally processed food. Even in this space, there are multiple definitions and descriptors established by the World Health Organization, USDA, and European Food Safety Authority, just to name a few.

Fundamentally, all foods that humans consume are processed in some manner from post-harvest activities to preparation in the typical home kitchen. Within the U.S., processed foods are those, other than raw agricultural commodities, that are subjected to washing, cleaning, milling, cutting, chopping, heating, and many other interventions that transform food from its innate state. With respect to minimally-processed food, most of the inherent physical, chemical, sensory, and nutritional properties are retained.

Since 2010, numerous organizations, health authorities, and scientists, in search of a “cause” of obesity and poor health, have grouped foods into four categories termed NOVA (not an acronym). NOVA is the classification that categorizes foods according to the extent and purpose of food processing, rather than in terms of nutrients. Those NOVA categories are:

Upon close examination of NOVA categories and nutrient bioavailability, there appears to be a spectrum of evidence from the National Health and Nutrition Examination Survey analysis that indicates fortified ready-to-eat cereals provide positive nutrition, especially among those at-risk populations that typically fail to achieve nutrient adequacy, such as children, pregnant and lactating women, and seniors. In addition, as many investigators advocate potential health benefits of bioactives from plants, processing enhances bioavailability of many of these bioactives while improving the safety of these foods. For example, toxins that are innate to most of agricultural commodities, such as carrots (falcarinol), cassava (cyanogenic glycosides), radishes (isothiocyanate), parsley and celery (psoralens), cruciferous vegetables (goitrin), and even citrus fruit (limonene), are actually reduced, removed, and/or destroyed during many conditions of thermal processing.

It is imperative to remember that the processing of fruits and vegetables actually contribute to their increased consumption. Of course, these foods provide an array of shortfall nutrients, such as potassium and dietary fiber. With respect to dietary fiber, the NOVA categorization contends that grains are transformed from minimally processed (whole grains), to processed ingredient (flour), to processed food (bread ≤ 5 ingredients) to ultra-processed foods (cereals and breads > 5 ingredients). Importantly, NOVA does not address whole grains, high fiber, or nutritionally enhanced foods in the categories and how processing actually enhances nutritional value consistent with dietary recommendations.

A Number of Studies…

Using a 24-hour dietary records approach, the 2018 French self-reporting, web-based NutriNet-Santé study published in The BMJ indicated that ultra-processed foods were considered of lower nutritional quality, primarily due to the presence of food additives and food-contact substances in packaging materials, and that these foods were associated with an increased risk of cancer (prostate, colorectal, breast) based on a Cox proportional hazard model. On the other hand, an earlier 2014 report published in Nutrition Today indicated food processing improves retention and bioavailability of bioactive food components, minimizes the formation of some carcinogens, and improves the overall quality and acceptability of foods.

A 2019 extension of the French NutriNet-Santé observational study published in the JAMA Internal Medicine indicated the consumption of ultra-processed foods was associated with an increased risk of early mortality among adults. The study participants consumed a reasonable composite nutrient profile, while the investigators noted these foods actually contributed lower levels of calcium, B-vitamins, and complex carbohydrates, just to identify a few. The classic use of Cox proportional hazards regression indicated a 95 percent confidence interval of 1.04 to 1.32. However, the authors noted a limitation that the included population mortality rates were probably lower than those of the study participants, and possibly this variable may underestimate the association.

Reflecting on this study, it remains somewhat arbitrary to define foods that have > 5 ingredients as ultra-processed. Food ingredients and food additives are safe and provide function and stability to those products. While the authors mention these variables, the study does not provide any data on the quantitative consumption of food additives, but only speculates on their association with longevity. It is interesting that, for example, homemade or artisanal bread is not considered ultra-processed, whereas the same product produced by the food industry using the same ingredients is considered ultra-processed.

A closer examination of this study certainly reveals that perhaps lifestyle, living alone, smoking, obesity, and low levels of physical activity are contributing factors to mortality rates. In addition, a review of the survey instrument calls into question of validity and even calculation of nutritional intake. Importantly, the study cannot establish that ultra-processed foods cause an increase in the short-term risk of death, especially since the differences in death rates between consumers and non-consumers of ultra-processed foods were small—in fact, the authors state, “No causality can be established for the observed associations.”

A number of epidemiological studies suggest the consumption of ultra-processed foods contributes to excess calorie consumption and obesity. These kinds of studies from Sweden (1960-2010), the U.S (2005-2014), Brazil (2008-2009), Mexico (2012), and Europe (data from Living Costs and Food Survey and Data Food Networking 1991-2009) indicated an association with the consumption of ultra-processed foods and the increased risk of obesity and other non-communicable diseases. However, the association indicated by R2 value ranged from 0.30 to 0.63, depending on adjustments for variables such as smoking and physical activity. Within the U.S., a 2017 study suggested these foods were associated with obesity and adverse cardiometabolic outcomes in the absence of any statistical justification.

The Necessity of Processing

It is important to point out that epidemiological studies do not directly indicate a causal impact. As a famous toxicologist once said, “Mathematics does not drive biology; biology drives mathematics.” Statistical association without a plausible biological explanation or hypothesis is likely to represent little more than a spurious connection.

Moreover, one can argue that no single attribute of food processing contributes to an increase or decrease risk of a given chronic disease. Foods represent complex matrices with multiple nutrients and physical characteristics. For example, whole grain consumption may reduce the risk of hypertension and visceral adiposity. However, grains must be processed so that their nutritional contributions may be realized.

The NOVA classification of foods and its purported impact on more healthful dietary patterns is being considered a key justification within dietary guidelines recommendations. The concept of “ultra-processed” foods has morphed considerably since 2009. Food products continue to be reformulated across food categories such that those foods are components of dietary patterns consistent with those recommendations. Even with these efforts, it is critical to remember that all forms of processed foods are important components of the food supply chain. In fact, they reduce food insecurity issues, provide sources of vital nutrition, contribute to consumer choices, and even stimulate regulatory guidance in food composition and health claims.

Dr. Clemens, who has more than 40 years of experience in the food industry and academia, is an adjunct professor at the USC School of Pharmacy in Los Angeles and is presiding officer for the International Academy of Food Science and Technology. Reach him at clemens@usc.edu. Dr. Pressman is director, medical operations, at Polyscience Consulting, Chatsworth, Calif. Reach him at ppressman@polyscienceconsulting.com.

Food portion sizes have increased over the last few decades. Here’s a look at a few factors that have influenced the expansion of both the average plate size and the quantity of food on it.

Innovative food safety inspection systems are being developed in Germany. Learn more about the latest technologies from Bizerba and benefit from our free guidelines ensuring consistent food production safety.