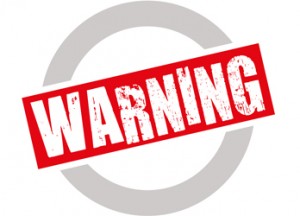 Consumers have a right to know what’s in their food.

It was this statement that began a movement that included genetically modified organism (GMO) labeling initiatives. The first such “contains GM” labeling legislation (Act Relating to the Labeling of Food Produced with Genetic Engineering) was passed by Vermont and on July 1, 2016, the law goes into effect despite several failed federal attempts to block the law.

Along with the requirement to label GMs are some fears that consumers may stop purchasing these products. However, a recent study shows this may not be the case. The multi-year study revealed that GMO labeling would not act as a warning labels and scare consumers from buying products with GMO ingredients. Jane Kolodinsky, professor and chair of the Department of Community Development and Applied Economics at the University of Vermont, conducted the research.

So far she has collected five years of data beginning in 2003. “What we found was an overwhelmingly majority of consumers still would like to see their products labeled. For the people who actually said they use labeling to make decisions, it’s over 90 percent of people support labeling,” explains Kolodinsky. “Here is what we do know: Study after study after study shows consumers would like to see their products labeled.”

However, Kolodinsky’s study found that the presence of a “contains GM” label will not increase peoples’ opposition to GMOs. So it appears, says Kolodinsky, who also conducted an extensive literature review, that it will not be a warning label.

“As an unbiased third party researcher at a university, I look for the evidence,” says Kolodinsky, who noted she could find no empirical evidence that GM labels will serve as a warning. “The label doesn’t change attitude. It simply informs a consumer of what’s in a product.”

The survey was conducted in Vermont and found that on average, across all five years of the study, 60 percent of Vermonters reported being opposed to the use of GMO technology in food production and 89 percent desire labeling of food products containing GMO ingredients.

While companies such as Campbells are preparing to create a new label that identifies GMO ingredients, other companies continue down the path to GMO free foods. In 2016, Del Monte announced that all its vegetables, fruit cups, and the majority of tomato products will be non-GMO—representing 154 products. In addition, the products are labeled as GMO-free. Campbells has also said it will not raise prices, another area of concern around anti-GMO labeling, and will absorb the cost as part of doing business.

One question that has been discussed around the GM labeling debate is will consumers be willing to pay a premium for GM foods and/or GM-free foods.

Kolodinsky says this has been a big worry of U.S. economists who have found that not a single study has found that people will pay a premium for GM products. In fact, she states, every single product has to have a significant discount in order to get consumers to purchase it.

Yet in a capitalist society, Kolodinsky says, people have perfect information and they vote with their dollar. “I know what’s in my food and this is how much I’m willing to pay for it. So there should be a new set price point for food in the GM labeling world. In other words, food should actually get cheaper for the consumer.”

The other argument of economists, she says, is that no one will demand GM at all and companies will just go GM free like the European Union did. “The genie is out of the bottle in the U.S.,” says Kolinsky. “Eighty percent of our crops are grown with GM seeds. So there is no way you can put that genie back in the bottle.”

“So basically labeling is going to level the playing field and the whole, I think, controversy over GM is going to go away because people will know what’s in their food, which is what the law was drafted on in the first place, that the U.S. population has a right to know how their food is produced,” continues Kolodinsky. “I believe that companies are gearing up with the idea that if this goes broader, they’ll be ready.”

Kolodinsky says the 2016 data has been collected and will be added. She then plans on conducting the survey again next year after the labels are on the shelves to determine if in fact the results of her empirical study prove true.

Joanna Schroeder is the editor of DomesticFuel.com as well as a freelance energy and agriculture reporter for other publications including Biofuels Journal, AgWired.com, Biofuels International, Denver Post, Agri-Marketing Magazine, Industrial Biotechnology, Academics Review, and more. She serves as an energy expert for other national media outlets and has been featured in several documentaries. Each month, Schroeder reviews energy and agriculture books with the reviews featured on DomesticFuel.com and syndicated to other news sites. She has a BS in Environmental Science and MS in Technical Communications from Iowa State University. Reach her at [email protected]