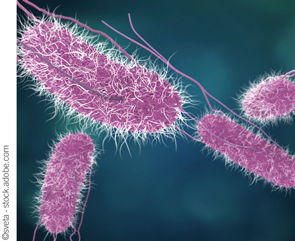 More than 34,000 pounds of ground beef that may have been contaminated with Salmonella Dublin were recalled on November 15, 2019 by Central Valley Meat Co. in Hanford, Calif. The beef was produced on July 23 and shipped to retail locations in California.

At press time, the CDC reports that 11 people were infected with the outbreak strain in seven states. Eight people were hospitalized and one death was reported in California. Government agencies have not yet revealed the sources of the outbreak.

“Investigators have not identified a single, common supplier of ground beef, but FSIS has identified the outbreak strains in six samples of raw beef products from slaughter and processing establishments,” the congresswomen’s letter stated.

Current FSIS regulations do not require any remedial action to protect the public from contaminated product. Spokespeople from beef processing trade groups say there are good reasons for this, and support USDA protocols.

“In today’s environment, giving out further information may be detrimental to a business,” says Chris Young, executive director of the American Association of Meat Processors in Elizabethtown, Pa. “For instance, if a company finds Salmonella in its plant, it may not even be their fault. Disclosing additional information may cause more issues.”

Sarah Little, vice president of communications for the North American Meat Institute in Washington, DC, also stands behind USDA’s decision to not indicate where the contamination occurred, and stated that a judgement on what information should be released to the public can’t be made until all the facts are known. “Although public health agencies have a responsibility to release information in a timely manner, it’s also important for that information to be accurate and in proper context,” she says.

Nonetheless, both organizations support more transparency in foodborne illness outbreaks. “We support our society’s interest in an open government,” Young says. “Programs are already in place to offer transparency to the public, such as The Freedom of Information Act. This allows any person the right to obtain federal agency records, unless certain exemptions are in place.”

Says Little, “Transparency is critical regarding information the public needs to protect itself from an immediate foodborne danger. The FSIS and CDC do communicate directly to the public on outbreaks, recalls, and other public safety information.”

Karen Appold is an award-winning journalist based in Lehigh Valley, Pa. She has a BA in English (writing) from Penn State University and has more than 20 years of editorial experience. Karen has been a full-time freelance medical writer and editor since 2003. She works for various medical organizations, businesses, and media. Karen has also worked in a variety capacities, including newspaper reporter, editor of a daily newspaper, and editor of a monthly magazine. Reach her at kappold@msn.com.