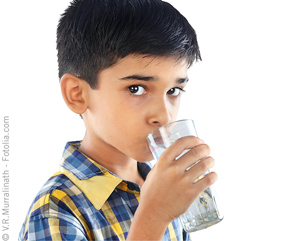 Access to clean drinking water is a human right, however, providing safe drinking water to India’s teeming millions is a challenge of no small proportion. According to a report by WaterAid, an international organization working to provide water sanitation and hygiene, more than 80 percent of India’s surface water is polluted. Waste and industrial effluents are dumped into rivers, seas, and lakes. Agricultural run-offs that contain pesticides and fertilizers, road run-off, industrial leaks, and the most horrific, untreated sewage flow into water bodies. Additionally, rapid depletion of ground water, variability of terrain in India, and incongruity in the quality of raw water treatment intensify this cocktail of issues that continues to derail drinking water purification and water testing systems in the country.

Water is used for various purposes; testing and water treatment methods vary according to usage. The Bureau of Indian Standards (BIS) specifies water standards in India for various purposes. Drinking water, potable water, and domestic use water quality standards must comply with IS: 10500; water used in the food processing industry must follow standards as per IS: 4251; water for irrigation and recreational purposes (i.e. in swimming pools), the standards must be as per IS: 3328; and packaged drinking water standards need to be IS: 14543 compliant. BIS also deems it necessary that drinking water sources be tested regularly to ensure compliance and to further understand specific water treatment needs.

In spite of these standards, water testing and treatment are neither regularly followed, nor strictly enforced due to hurdles such as a dearth of resources and funds provided by the government. Studies pointing out that Indian people are affected by raw water quality are not to be discredited. In many areas, water contains excessive levels of iron, fluoride, salinity, nitrate, and arsenic. Microbial contamination from unclean water supplies causes thousands of cases of diarrhea, typhoid, and viral hepatitis every year leading to many deaths. The Indian government might accept WHO Guidelines for Drinking-Water Quality, but unless standards for drinking water are actually enforced, public health risks will remain.

Treating drinking water is a demanding process that varies according to the use of water and contaminant vulnerability in the water source. Potable drinking water in India can hardly be called safe—even with treatment, the water could still contain toxic and infectious materials. The bitter truth is that most potable water supplied by civic authorities has not received proper treatment. In rural areas most households get piped water that is largely untreated and in urban areas people use their own filters to purify water. With this obvious public health risk, India has seen a rise in cases of waterborne diseases like diarrhea, cholera, jaundice, etc.

This same contaminated water is being supplied to the Indian food industry, jeopardizing consumer health through processed foods. The country’s food regulatory body, Food Safety and Standards Authority of India (FSSAI), has strict standards for the water being used in the industry. An important regulatory requirement that all food business operators must follow is to get the water they will be using in food preparation and processing tested to ensure compliance with BIS standards and potable water standards of FSSAI. Though water quality is already monitored by municipal boards, their testing analyses are not made public; therefore, FSSAI requires the food industry to carry out additional testing.

Besides surface water, groundwater is the major source of drinking water in India; nearly 85 percent of the population is dependent upon it. However, due to over-exploitation to meet irrigational demands and fulfill excess water requirements in hot weather, ground water is quickly deteriorating. Deep drilling of aquifers to access ground water may be contaminating drinking water sources with natural contaminants like fluoride, arsenic, and saline. The Central Pollution Control Board (CPCB), which monitors water contamination, has reported arsenic contamination in eight states and fluoride contamination in 19 states with high concentration of fluoride reported in Andhra Pradesh, Assam, Gujarat, Karnataka, Madhya Pradesh, and Rajasthan. High salinity has been reported in 15 coastal and inland states, iron in 19 states, and nitrate in 12 states. There have also been instances of contamination with heavy metals like lead, cadmium, zinc, and mercury reported in groundwater in Gujarat, Andhra Pradesh, Kerala, Delhi, and Haryana. Jharkhand, West Bengal, Himachal Pradesh, and Delhi have reported excess levels of DDT, aldrin, dieldrin, and heptachlor.

Organic contamination comes from a number of sources in India—primarily, untreated sewage. Sewage in septic tanks and pit latrines have become major contributors to groundwater and surface water pollution. According to a CPCB survey, nearly 66 percent samples of water have bio-chemical oxygen demand values (used for measuring organic pollution) lower than acceptable levels, and 44 percent of the samples contained coliform. BIS standards indicate that no coliform should be present in drinking water. There are also new chemical threats to water quality known as persistent organic pollutants. These are polychlorinated biphenyls, widely used in capacitors, transformers, dioxins, and furans in the cement and pipe industry. They remain in the environment and when consumed (via contaminated water) cling to fat tissues of the body.