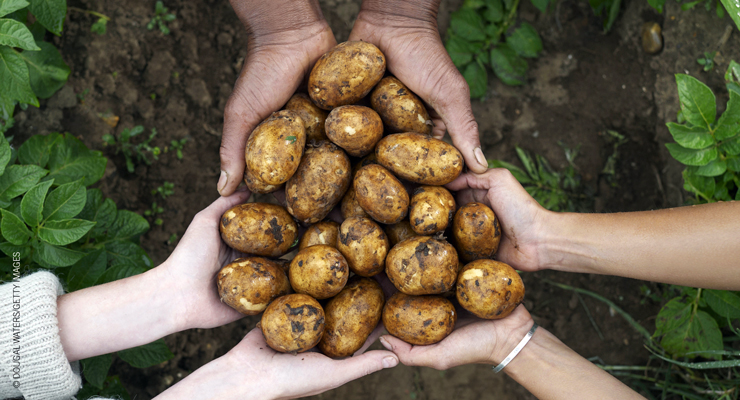 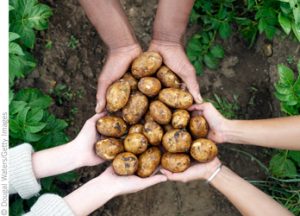 A new report by World Resources Institute—in partnership with the World Bank, the UN Development Programme, and UN Environment—reveals the challenge of feeding nearly 10 billion people by 2050, while advancing economic development and also reducing pressure on forests and the climate, is even bigger than many realize.

Richard Waite, associate, food program, for the World Resources Institute, says under a business-as-usual scenario in 2050, the world will need more than 50 percent more food relative to 2010. This expansion of food production would cause nearly 600 million hectares of deforestation—an area nearly twice the size of India.

“This deforestation, plus a modest rise in emissions from agricultural production, would cause agriculture and land-use-change emissions to rise to around 15 gigatons of carbon dioxide equivalent by 2050, which is equal to 70 percent of the total emissions budget from all sources (energy, transport, agriculture, etc.) for keeping warming below 2 degrees,” he says. “Essentially, we cannot feed everyone while also meeting ambitious climate targets unless the world makes big changes to how it produces and consumes food.”

The “World Resources Report: Creating a Sustainable Food Future” looks at the entire food system from farm to plate and offers ideas on what needs to be done to discover a plausible pathway to feed this growing population while reducing planet-warming emissions and halting deforestation.

“The solution set we identified is also bigger than many realize,” Waite says. “We offer a five-course menu of solutions that could help feed everyone in 2050 while avoiding dangerous levels of climate change.”

But there is no silver bullet. Waite notes the world must prepare to implement all five items on the menu: reduce growth in demand; waste less of the food we produce; shift high-meat diets away from beef and lamb and toward plants; use crops for food and feed, not biofuels; and reach replacement fertility levels.

The report notes the world must also boost productivity by significantly increasing crop yields and producing more milk and meat per animal on the same amount of land to avoid clearing more forests. That means increasing the efficiency with which agriculture uses animals, water, and fertilizer.

“We need to also improve wild fisheries and aquaculture, and reduce overfishing and farm fish more efficiently,” Waite says. “We need to protect and restore tropical forests and peatlands, link efforts to boost productivity of key commodities (cattle, soy, palm oil) with protection of the neighboring forests, and reforest millions of hectares of cleared land.”

Additionally, it’s important to cut GHG emissions with the help of technology, such as innovative ideas like new breeds of rice that reduce methane emissions, the development of inexpensive methods to prevent decomposition without refrigeration, and the influx of plant-based products that mimic the taste, texture, and experience of consuming beef and milk.

“The world will need improvements in technology, as well as more implementation of best practices and also supportive government policies,” Waite says.

The report includes some ideas about how government policies can help drive innovations in the private sector to advance some of these technologies. For example, in areas where technologies are underdeveloped, such as compounds that reduce enteric methane from cow burps, governments could commit to requiring the use of these compounds if a company’s product achieves a certain level of cost-effectiveness in mitigation—something like $25 per ton of carbon dioxide equivalent.

There are already numerous examples of leaders in the food industry doing things differently to help ensure our future.

For instance, Mars is setting science-based GHG reduction targets which then require implementing practices throughout their agricultural supply chains in support of ambitious climate goals. IKEA and Tesco are quantifying where food loss and waste occurs in their supply chain to figure out targeted ways to reduce it. And Hilton Hotels and Max Burgers are pledging to reduce food-related emissions by putting more delicious, climate-friendly meals on their menus.

“Hopefully these types of actions will catch on with other actors across the food industry, as we all have a collective stake in achieving a future where everyone has nutritious food and the climate is stable,” Waite says.

A graduate of the University of Miami, Keith Loria is an award-winning journalist who has been writing for major newspapers and magazines for close to 20 years, on topics as diverse as food, sports, business, theater, and government. He started his career with the Associated Press and has held high editorial positions at Rinkside, BCA Insider, and Soap Opera Digest. Reach him at freelancekeith@gmail.com.