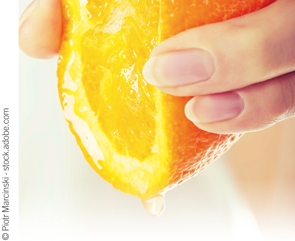 When was the last time you had cold pressed juice or a fresh smoothie served by a robot?

Given the fast-paced developments in technology, it should be no surprise that robots that serve such treats are already available, currently at eight sites in Los Angeles, Calif., with eight more to be added in the area by May 30 all at middle schools, retail shops, and corporate cafes.

Meet JuiceBot, a Los Angeles firm that designs and manufactures the JuiceBot, which the company claims is the world’s first robotic juice dispenser.

Introduced in April 2015, the first commercial JuiceBot hit the scene in San Francisco, according to Kamal Mohamed, JuiceBot’s CEO.

“San Francisco is the Mecca for both hardware and software so it was a good place for us to Beta test our product, get feedback, raise capital, and pivot,” Mohamed relates. “We found Los Angeles better to try building the distribution model because we were closer to fresh produce farms and the layout of the city gave us a good challenge to understand how we would manage our deliveries.”

The JuiceBot dispenser concept is the brainchild of Mohamed and his company co-founders, Loring “L. J.” Stead and Eric Ploeger. Mohamed came up with the idea as a project for their business class at the University of St. Thomas in Minneapolis. The trio came together to make it a reality and started developing the vending machine in 2012.

“Our mission is to make getting 100 percent raw, organic smoothies and cold pressed juices as convenient as getting soda from a vending machine,” Mohamed relates. “Our goal is to work with cities, universities, hospitals, airports, middle schools, and so on to reach our mission.”

“Currently four employees work in the kitchen, but that will increase as we place more JuiceBots in the field,” Mohamed says. “We have two to three delivery personnel to ensure the machines are restocked, cleaned, and running efficiently. We also employ technicians and engineers to troubleshoot issues that may come up with the technology.”

The juices are cold pressed and immediately chilled in 5-gallon stainless-steel tanks, which Mohamed says protects the products from oxidation caused by light. All the juices and smoothies are placed in the JuiceBot dispensers within 24 to 48 hours after preparation. The JuiceBots maintain the products at approximately 38 degrees Fahrenheit, with a range of 35 degrees to 41 degrees Fahrenheit.

After a customer selects a juice or smoothie by pressing a button, the JuiceBot does the rest, Mohamed says. A biodegradable cup is automatically placed into the dispensing compartment with a robotic arm that sets it under a nozzle for dispensing.

Each JuiceBot holds four different chilled juices or smoothies, which vary with the seasons, all made with certified organic ingredients. Options include a 7-ounce serving, called a “mini” and an 11-ounce “biggie.”

Product examples include what’s called expert greens juice, that consists of green vegetables like kale, spinach, and cucumbers, plus basil and lemon. Epic smoothie includes avocados, bananas, kale, spinach, apples, and oat milk. Strawberry fields showcases strawberries, of course, along with bananas, cashews, and oat milk. The combination of apple, lemon, and ginger is known by its initials, ALG. Roots features beets, while citrus includes lemon, along with pineapple, carrot, and turmeric. Watermelon-cucumber-mint comes available when watermelon is in season.

Linda L. Leake, doing business as Food Safety Ink, is a food safety consultant, auditor, and award-winning freelance journalist based in Wilmington, N.C. Specializing in agriculture, food, food safety, and travel, her articles have appeared in some 89 print and online publications. Along with garnering awards for her articles and photographs, she holds the prestigious Master Writer status with American Agricultural Editors’ Association. Majoring in Dairy Science, she completed a BS in Agriculture at the University of Wisconsin and an MS in Food Safety at Michigan State University. She’s an active member of IAFP, Toxicologists Without Borders, Inc., and the National Dairy Shrine. She’s currently enrolled in the International Development Doctoral Program at the University of Southern Mississippi Gulf Coast. Reach her at llleake@aol.com.