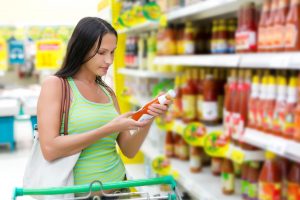 A woman reads a label in the supermarket.
Image Credit: Danilin/Getty Images

(Editor’s Note: This is an online-only article attributed to October/November 2018 issue.)

As reported by Food Quality & Safety on May 16, the USDA’s Agricultural Marketing Service on May 4 issued a Proposed Rule for the labeling of GMO or bioengineered foods under the Agricultural Marketing Act of 1946, as amended by Congress in July 2016 through the Federal Bioengineered Food Disclosure Standards Act. At that time, the USDA opened a public comment period. Where are we now with respect to the proposed new National Bioengineered Food Disclosure Standard? This article examples the current state of the discussion, as evidenced through public comments to the proposed rule and other public statements.

Public Comments to the Proposed Rule

The final public comments to the proposed rule were dated July 6, 2018. In total, 14,016 comments were submitted before the comment submission page was closed.

Many of the public comments reflected the criticisms raised by various industry groups around the time of the opening of the comment period. Some literally echoed them. The advocacy group Just Label It, whose partners and supporters include many organic food companies and retailers, published a press release upon the issuance of the proposed rule, criticizing omission of a requirement to disclose specific GMO ingredients and the QR option as not addressing the needs of consumers who “don’t have expensive phones or live in rural places with poor cell service.” Just Label It offered a comment for individuals to copy and paste into the public comment system, and 634 of the 14,015 comments received were the verbatim Just Label It comment. Just Label It itself submitted a comment advocating a broad definition of genetic engineering and narrow definitions of any exemptions (Comment AMS-TM-0050-13480). After the comment period, Just Label It published the results of a poll it had commissioned, indicating that Americans are much more familiar with the terms “genetically modified food” and “GMO” than with the term “bioengineered food” proposed by USDA. Other organizations, such as the Center for Food Safety, also contributed joint comments on behalf of multiple members or parties (Comment AMS-TM-0050-13739).

A further 122 comments repeated at verbatim a seven-point response issued by the organization GMO Free USA on its Facebook page, calling for the use of “GMO” or “GE” rather than “bioengineered” or “BE,” no exemptions for highly refined foods containing no rDNA, no exemptions for new gene-editing techniques, rejection of disclosures that are not simple text on the food package, and steep penalties for non-compliance.

The Sierra Club submitted “23,921 public comments” (actually 23,921 petition-style signatures to its online position statement) to which 3,301 individuals added additional written comments, all bulk-submitted as attachments to one comment. Its position was that there should be no highly-refined-product exemption, that “bioengineered” is not well understood by consumers, that the proposed symbols inappropriately suggest a preference for GMO products over other foods, and that indirect disclosures such as QR codes or web URLs are “ineffective and discriminatory” (Comment AMS-TM-0050-13576). The Sierra Club also conducted a consumer perception survey of 5,992 individuals, gauging their reactions to the USDA’s proposed “BE food” symbols. Its survey found that consumers had high levels of understanding of the terms “genetically engineered” and “genetically modified” and the abbreviation “GMO,” much lower understanding of the terms “bioengineered” and “gene edited,” and barely any recognition of the abbreviations “GE” and “BE” when not spelled out in full. The survey also found that consumers thought the symbols portrayed the bioengineered foods as “natural,” “good,” “healthy,” and “safe,” which the Sierra Club considered to be biased. Relatively high proportions of respondents volunteered that they themselves considered these implications misleading.